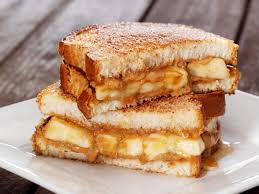 Reading my blog, people might get the impression that I’ve never had to worry much about paying my bills. With the exception of a few months in my early thirties when I was on crutches and couldn’t work and a few months after my husband's stroke when we had major cash flow issues, that’s essentially true. But both my husband and I worked a lot---had two or three jobs/careers/businesses each most of our adult lives. He was raised on a farm with parents who went though hard times and learned early on never to turn down work if you knew how to do it and he could do a lot of things. He was a tool and die maker by trade, but in the Army Reserves he learned how to drive and maintain heavy equipment which he loved doing, thus he came to own a parking lot maintenance company on the side, making more money with that than he did with his GM job of 35 years. And while I never made much money by comparison I never had expensive tastes or spent above what was coming in.

Following Don’s street sweeper, frontend loaders and snowplows around town with my yellow flasher going was part of my life for decades, and so was helping to fill pot holes and lay down yellow lines and---the biggie---I plowed snow for 17 years. Thankfully, after three years of asphalt patching he dropped that aspect of the business. That’s an awful job, so when you see a crew out working in the streets have pity on them. The heat coming off that asphalt makes you punchy, not to mention it sticks like snot on everything you’re wearing and you have to throw out clothes faster than you can buy them at Goodwill.

Don tried to get me to learn how to run a frontend loader but I put my foot down and refused to do it, but another woman on our crew was more than willing to learn. It was a match made in bragging rights heaven. She was the first woman in town to do that kind of work and she needed the self-confidence it gave her. He loved shocking all the guys he came in contact with the fact that half his snowplow crew were women. Back in the ‘80s that was a big deal in a male dominated field. Don claimed women were better because we followed instructions and the guys he hired wanted to do things their own way. And, Ohmygod, it was true! The stories I could tell about pissing contests....

Anyway, because I’ve never really had to worry about paying my bills and still having money left over to eat and play, I’ve become obsessed with making as much as I can during my downsizing because I’m worried once I move and my expenses increase---that continuum care place I’m moving to is not cheap---I’ll end up eating peanut butter sandwiches the last week in every month. I’ll need to be on a budget for the first time ever. I take solace in the fact that many of my frugal living blogger friends seem to find budgets and bargain shopping to be a fun challenge rather than a blood sport. And I'm wrapping my head around the fact that there's a difference between being fugal and being cheap. I don’t want to become a person who steals sugar packets from restaurants and toilet paper from gas stations. I dated a guy who did those things before Don came along and I couldn’t stand his cheapness. He was living frugal but on other people’s money. Waitresses for example never got tipped no matter how good the service. Most of us work hard to get ahead and it isn’t right to justify stealing goods or services like he did. That’s not to say I’ve never stolen anything; when I was 12-13 years old I stole a small, ten cents cross from a dime store and I still have it. It’s made out of a clam shell and it stares up at me from my jewelry box, reminding me that a little humility is not a bad thing. We are all imperfect human beings.

Back to making money as I downsize. Sometimes time is more valuable than money. I had a lot of stock left over from when we had booths in antique malls and were vendors at gas & oil memorabilia collector’s swap meets and shows. Gas stations, during their heydays of trying to market their way to the top of the heap put out a lot of freebies like mirrors, combs, match books, note pads, car window hooks, coin and toothpick holders, poker chips, charms, key chains, ink pens, tokens, games, calendars, thermometers, sewing and first aid kits, maps, etc. etc. We’re talking the ‘30s through the ‘50s, before the drinking glasses most of us remember from our childhoods came along. That’s the kinds of things I’m currently e-Baying. If I had all the time in the world, I could e-Bay my heart out but I can actually see the end of my old gas & old stock and the end is looking good to me. So I’ve started selling stuff in groups of 20 to 50 and I'm giving the swap meet vendors some fun bidding wars. I picked out the stuff that goes for over $50 a whack to sell individually, but stuff under that are going in what is known as junk drawer lots. The most I’ve gotten for a junk drawer lot is $148 but that translates into eating less peanut butter sandwiches at the end of the month. Hey, wait a minute! Sometimes I actually like having peanut butter for dinner, especially when I fry the sandwich and it includes banana slices and bacon. ©
Posted by Misadventures of Widowhood at 7:40 AM